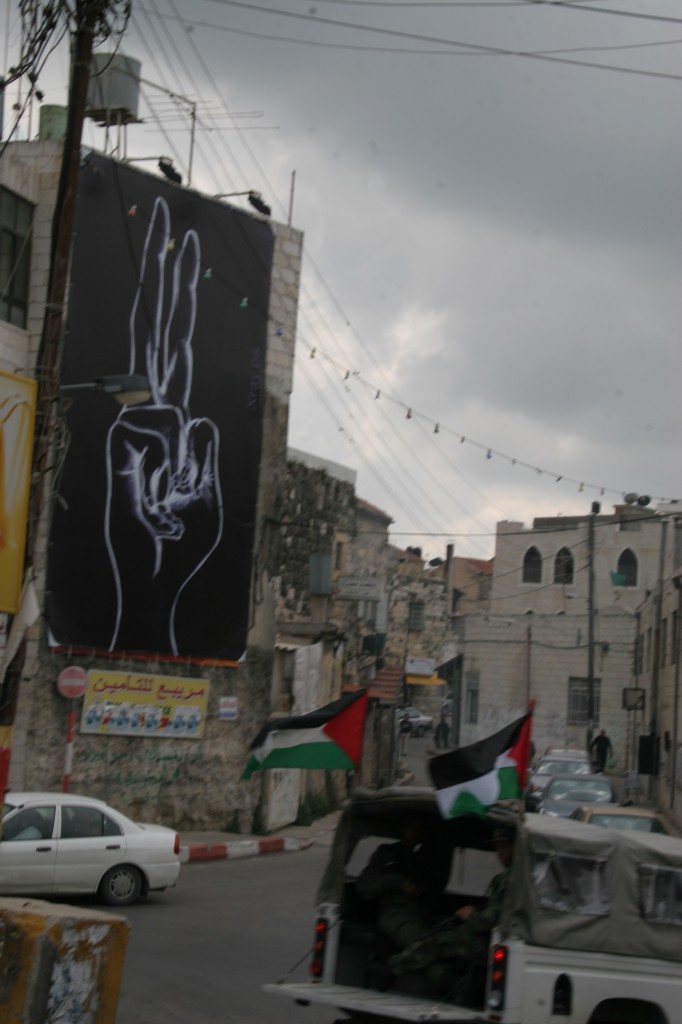 Back in 2006, while I was wandering through the streets of Ramallah, I came across a mass demonstration taking place at the heart of the city centre. The protest seemed like yet another traditional Palestinian demonstration; flags were raised, slogans were shouted through megaphones, chanted by the crowd and written on banners, few protesters were masked, and victory signs were flashed… However, there was no particular commemoration I could remember on that day; it was not the Nakba or the Naksa’s commemoration day, the Palestinian Prisoner or Martyr Day, not the Independence day or any other national occasion.

After asking one of the demonstrators about the reason of the protest, I learned that they are protesting against donors’ decision to cut off aid to the Palestinian Authority and their threat to cut salaries as a result of the Palestinian Legislative Council’s electoral win by Hamas in January 2006. Since then, I have been running across more and more similar protests of which the form and substance mismatch.

X-ray are 5 panels of victory hand gestures; each is exposing different sub-text. The general outline of the sign is preserved, the flashed fingers are dominant and insisting on the triumph’s narrative; while the bent fingers looking like a hungry kid, and curled up like a worm sprinkled with salt, narrating a different story; division, mendacity, degeneration and withdrawal.

Would a crucified hand be able to write its own story?! It would perhaps write as Mahmoud Darwish did “They want me to die so they could praise me!” 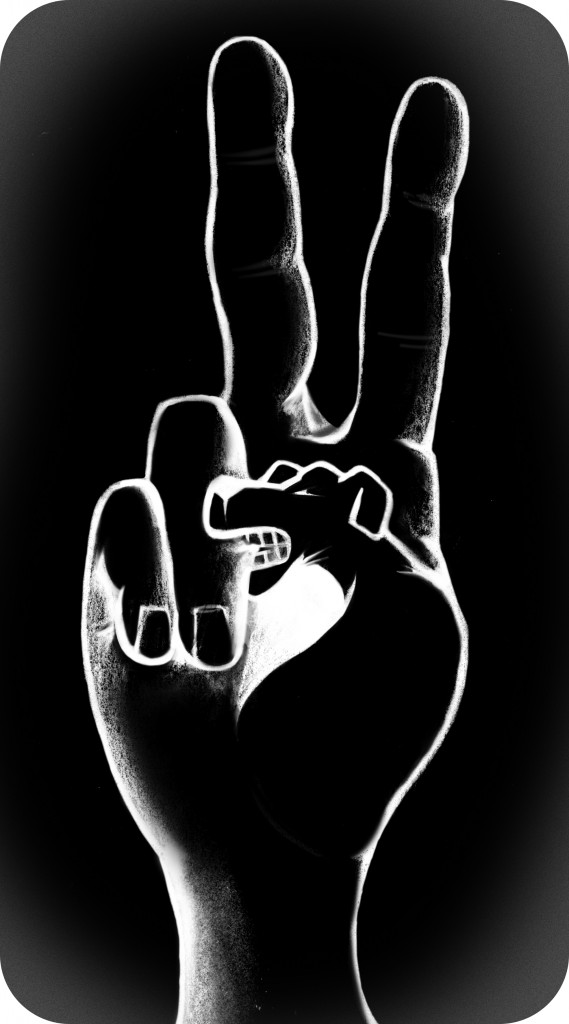 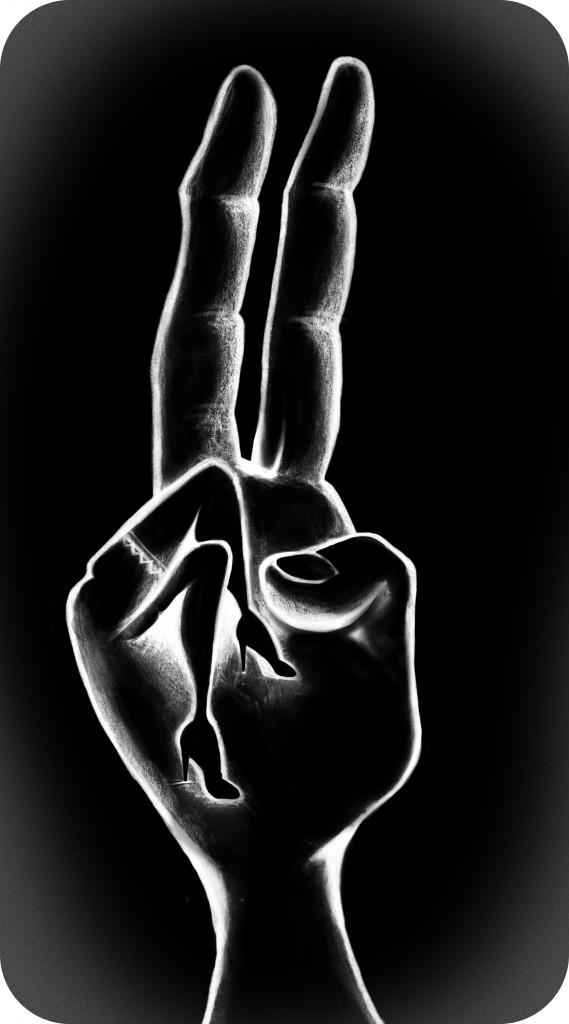 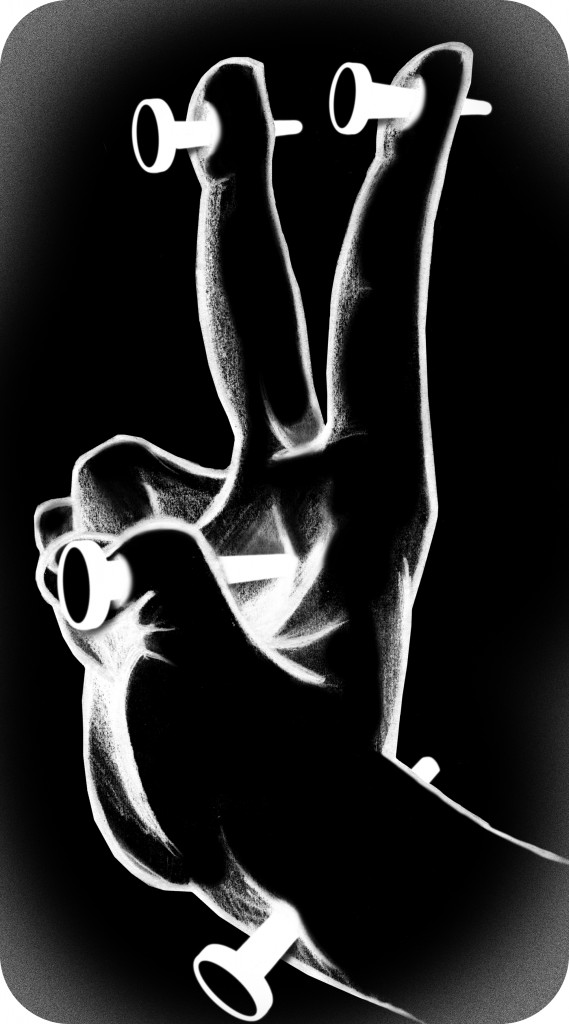 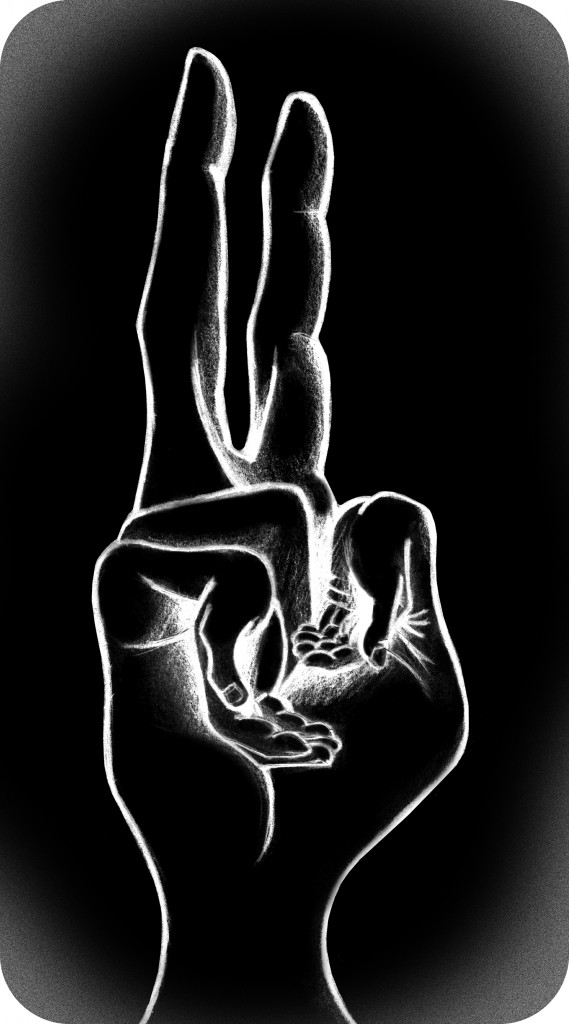 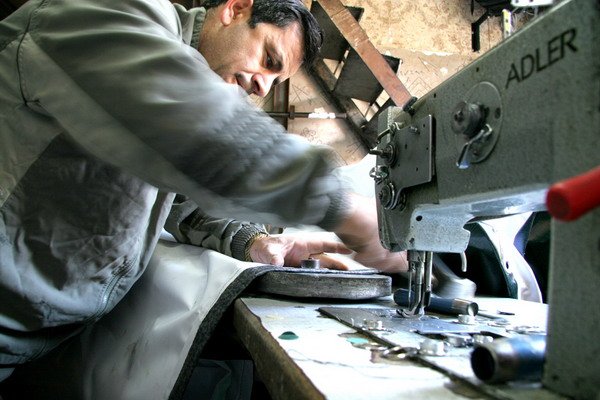 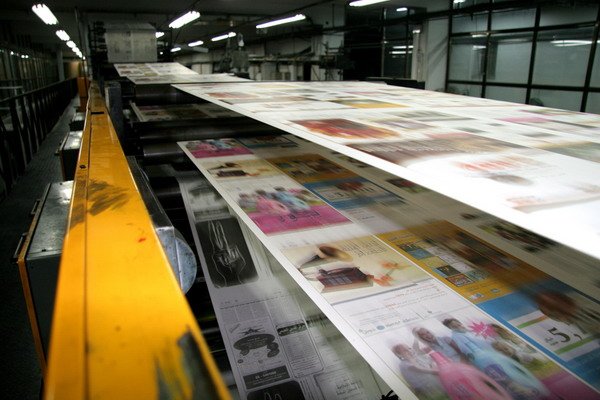 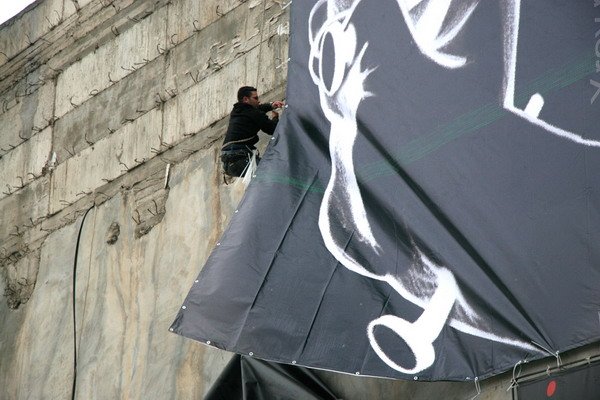 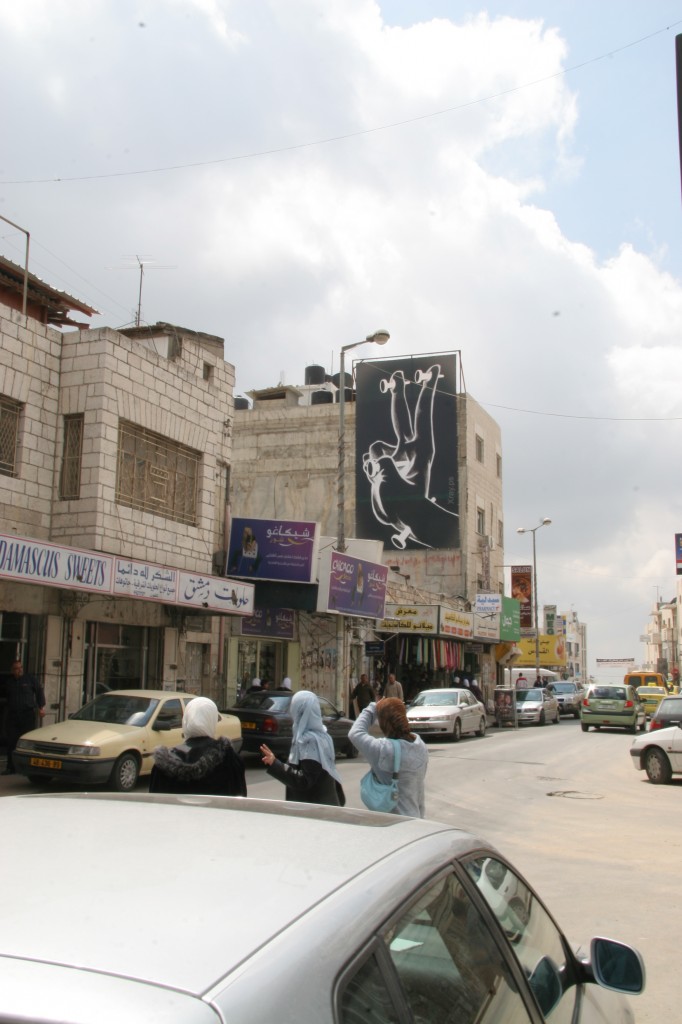