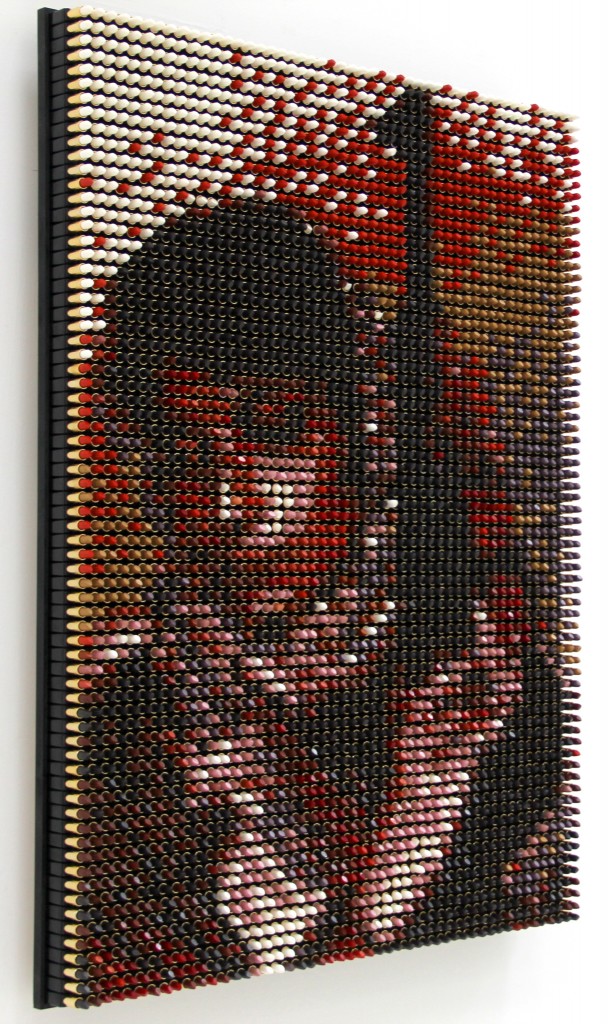 At the beginning of 2011, the Palestinian Authority (PA) started the preparation to submit a request to the UN for recognition of a Palestinian state. Since then some major Palestinian companies started to adopt a nationalistic and patriotic theme for their advertisements. 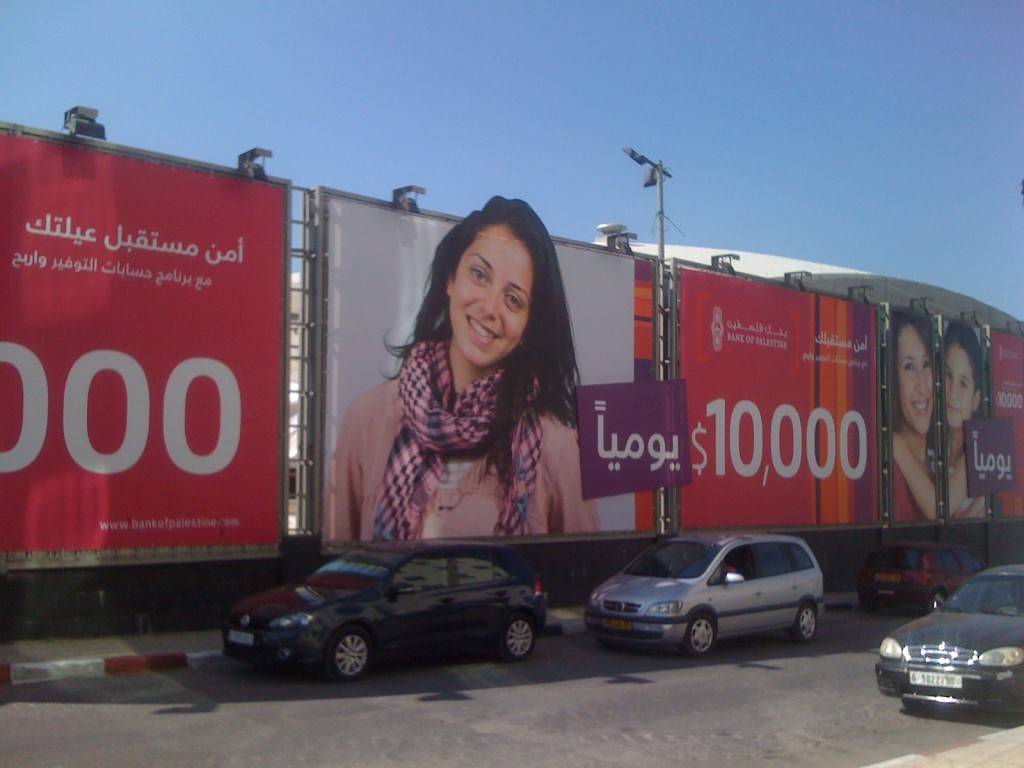 Such as using classic national symbols and iconic images (i.e. kaffiyeh), and sometimes by only replicating iconic revolutionary Palestinian posters that were produced in the ‘70s and ‘80s. 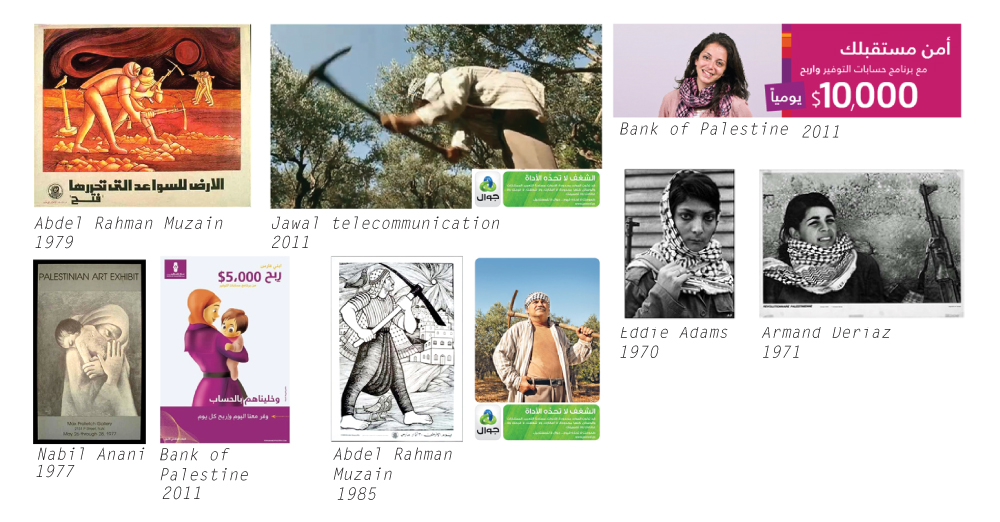 On August 29, 1969, Leila Khaled was part of a team that hijacked TWA Flight 840, on its way from Rome to Athens, diverting the Boeing 707 to Damascus. After this hijacking, and after a now famous picture of her taken by Eddie Adams, holding an AK-47 rifle and wearing a kaffiyeh, was widely published, she underwent six plastic surgeries on her nose and chin to conceal her identity.

Nowadays, I see Leila’s icon and other icons of the ‘70s and ‘80s reproduced in commercial advertisement; by employing and using the same popular visual elements as a method to associate companies with our collective memory. Despite the fact that nowadays, the “national goal” has nothing to do and even contradicts with the ‘70s and ‘80s aspiration for “freedom”!

My interpretation to this new strategy is that these companies are marketing their services as if they are a national capital, and their profit as if it is a collective national achievement.

The similarities are disturbing, as if the companies are reproducing the ‘70s and ‘80s icons with minor changes, following the same formula pixel by pixel, transforming a political poster into a shelf and a revolution into a product. 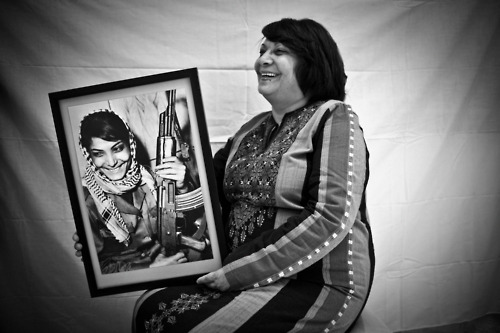 From a distance, it is the ‘70s and ‘80s iconic image, but from nearby it is only a shelf of lipsticks in a duty-free market, and the revolutionary visuals are as a Trojan horse.

Pixel art is deeply rooted in the region if you consider the Mosaic and Tatreez (embroidery).

3500 Lipsticks were custom made based on the color map and the 16 colors used, chemically modified to bear temperature. 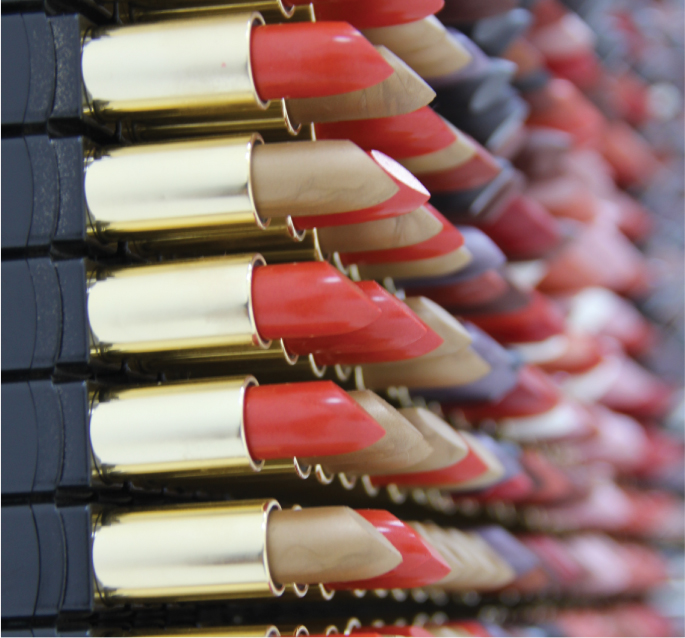 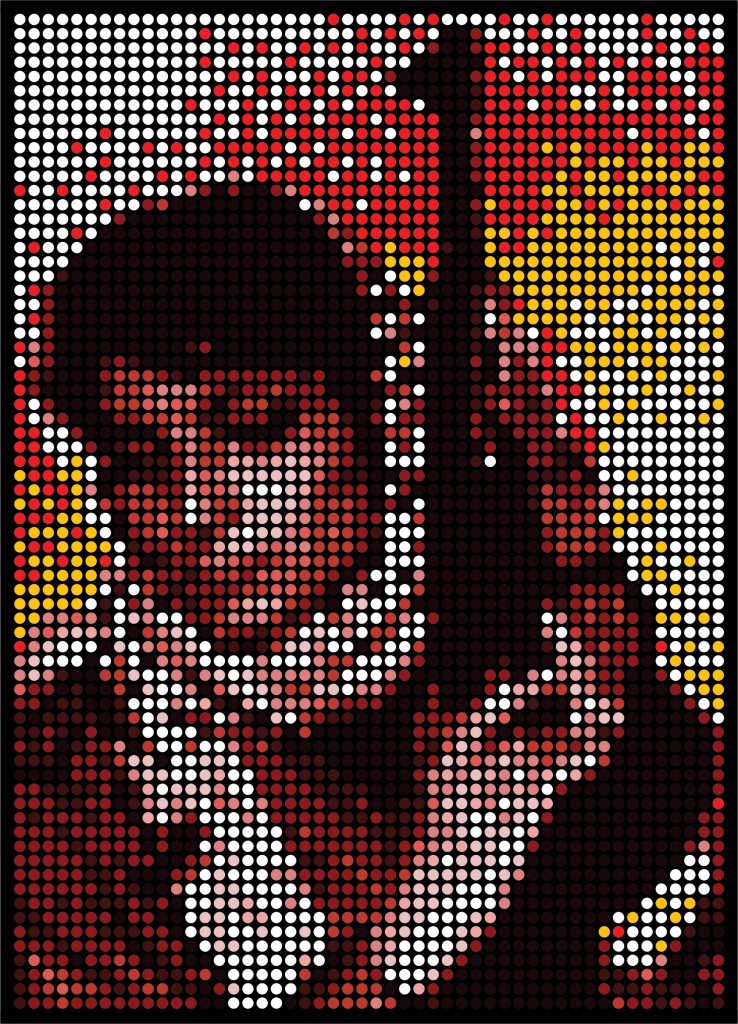