During the Intifada, In 1987 Palestinian activists were developing alternative and autonomous structures that would separate them economically from the Israeli military occupation.  In one such experimental project in Beit Sahour, residents hoped to produce dairy products as an alternative to the monopoly of the Israeli-made Tnuva. A few days after the start of production, the Israeli army invaded the farm, arrested the activists, and closed down the farm. The activists decided to smuggle the cows at night and hide them in their houses, backyards, and eventually in caves in the surrounding mountains. The Israeli army went on a massive, four-year hunt for the eighteen cows that represented autonomy for the Palestinians and a “threat to national security” for the Israelis.

In 1991 the Madrid Accords were signed and as a consequence the strife for resistance and autonomy was replaced by a relationship of interdependence with the occupation forces.

The cows were left suspended in midair, grazing on the Paris Protocol and peering at KFC’s grand inauguration. 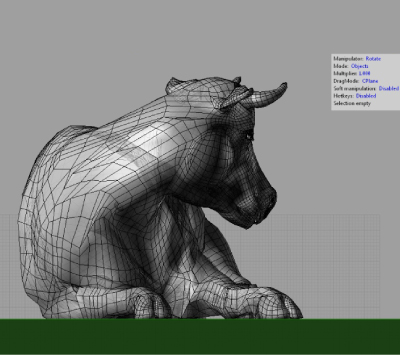 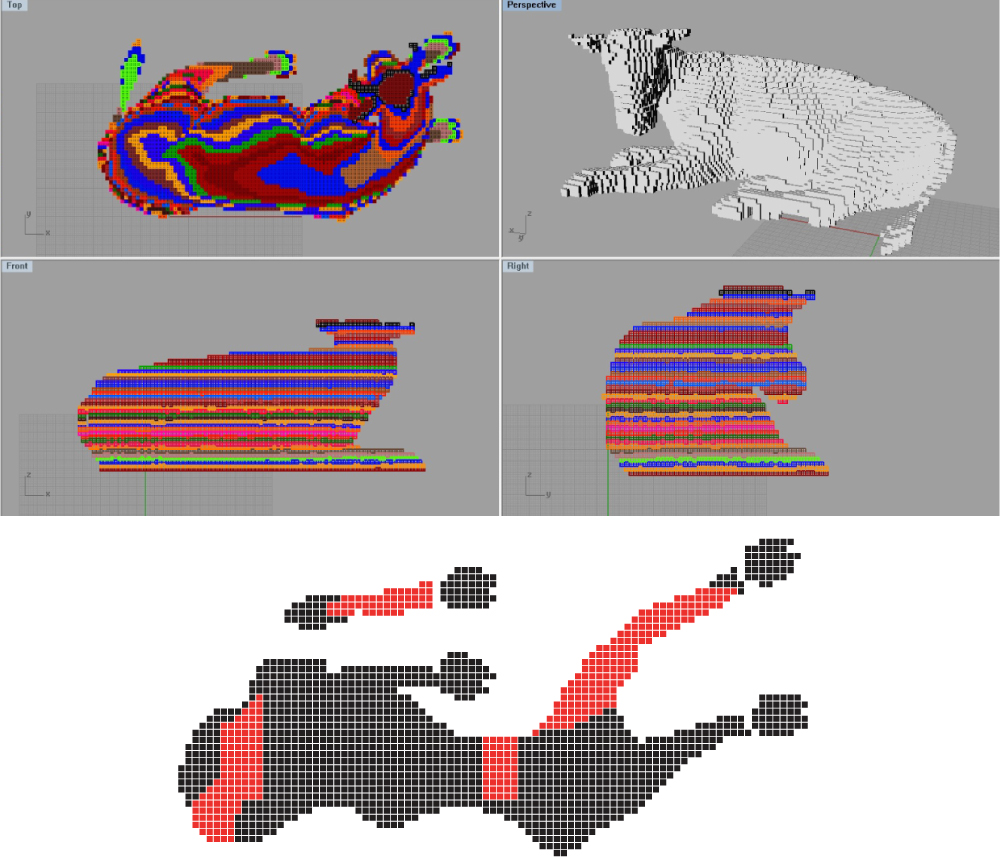 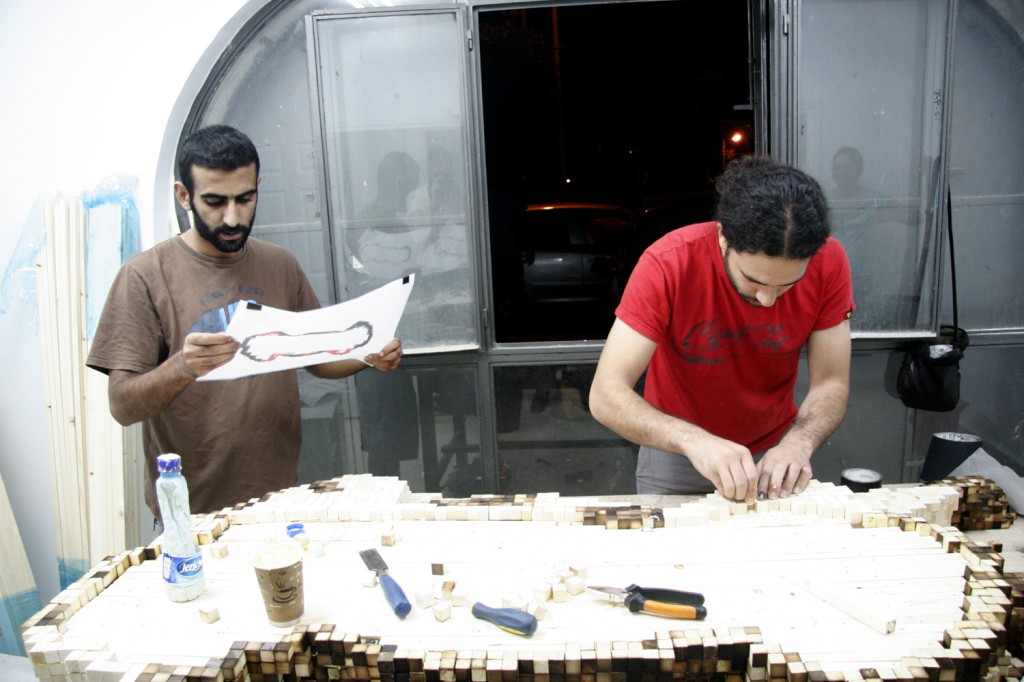 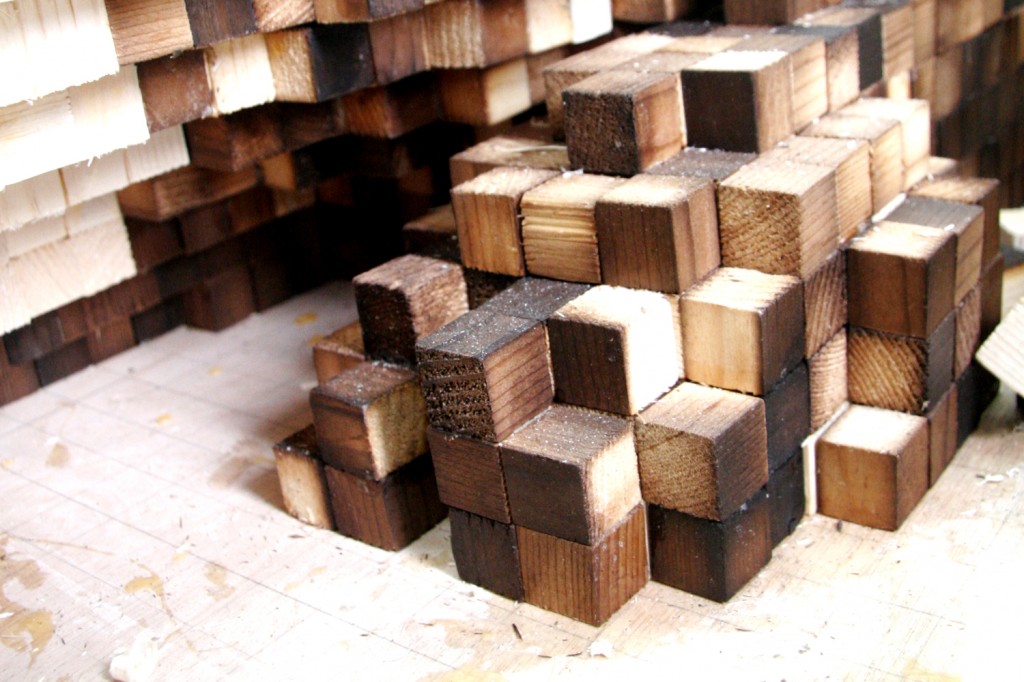 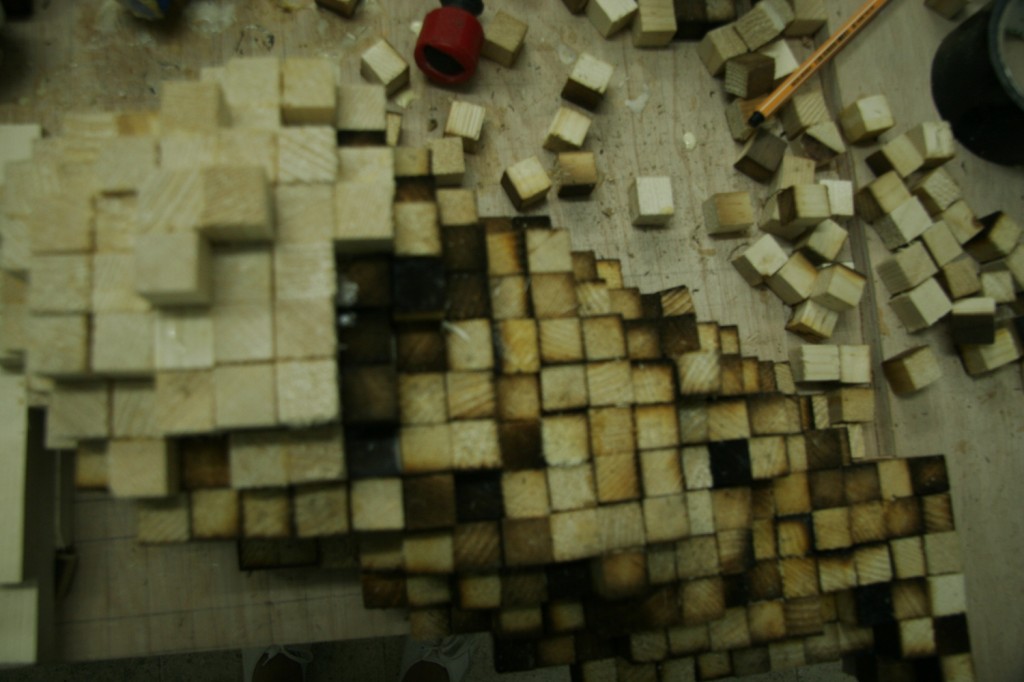 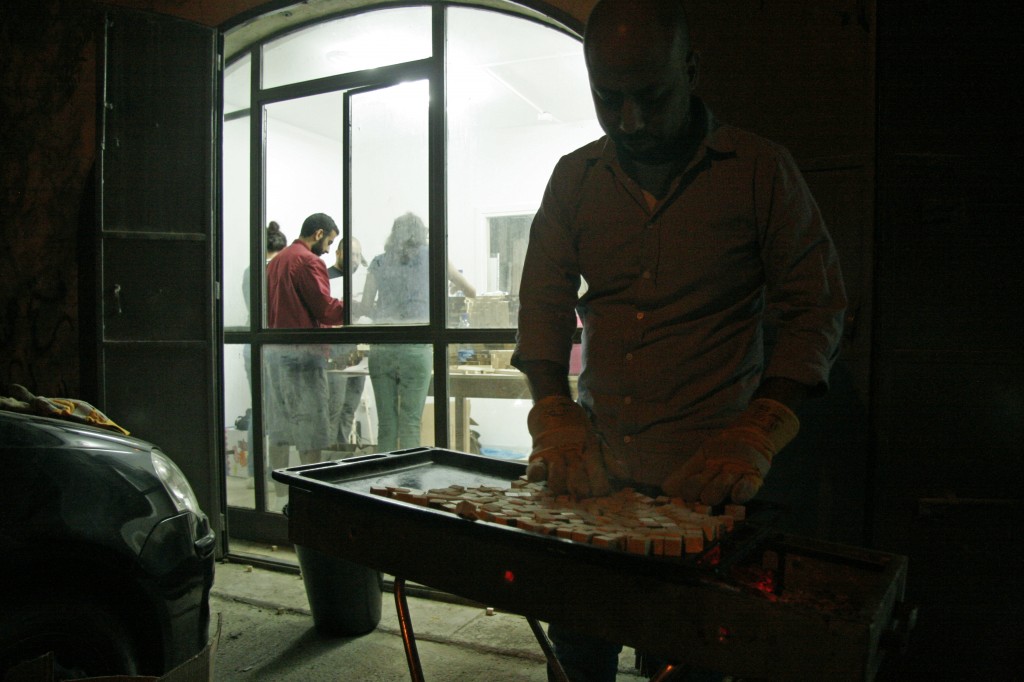 burning the wooden cubes for the darker spots 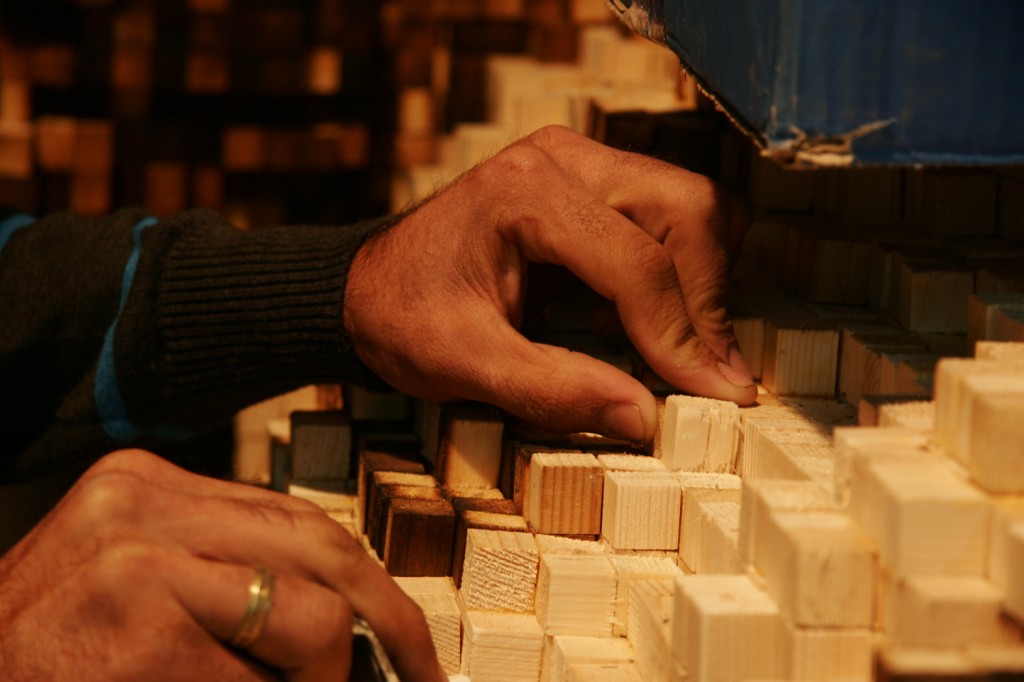 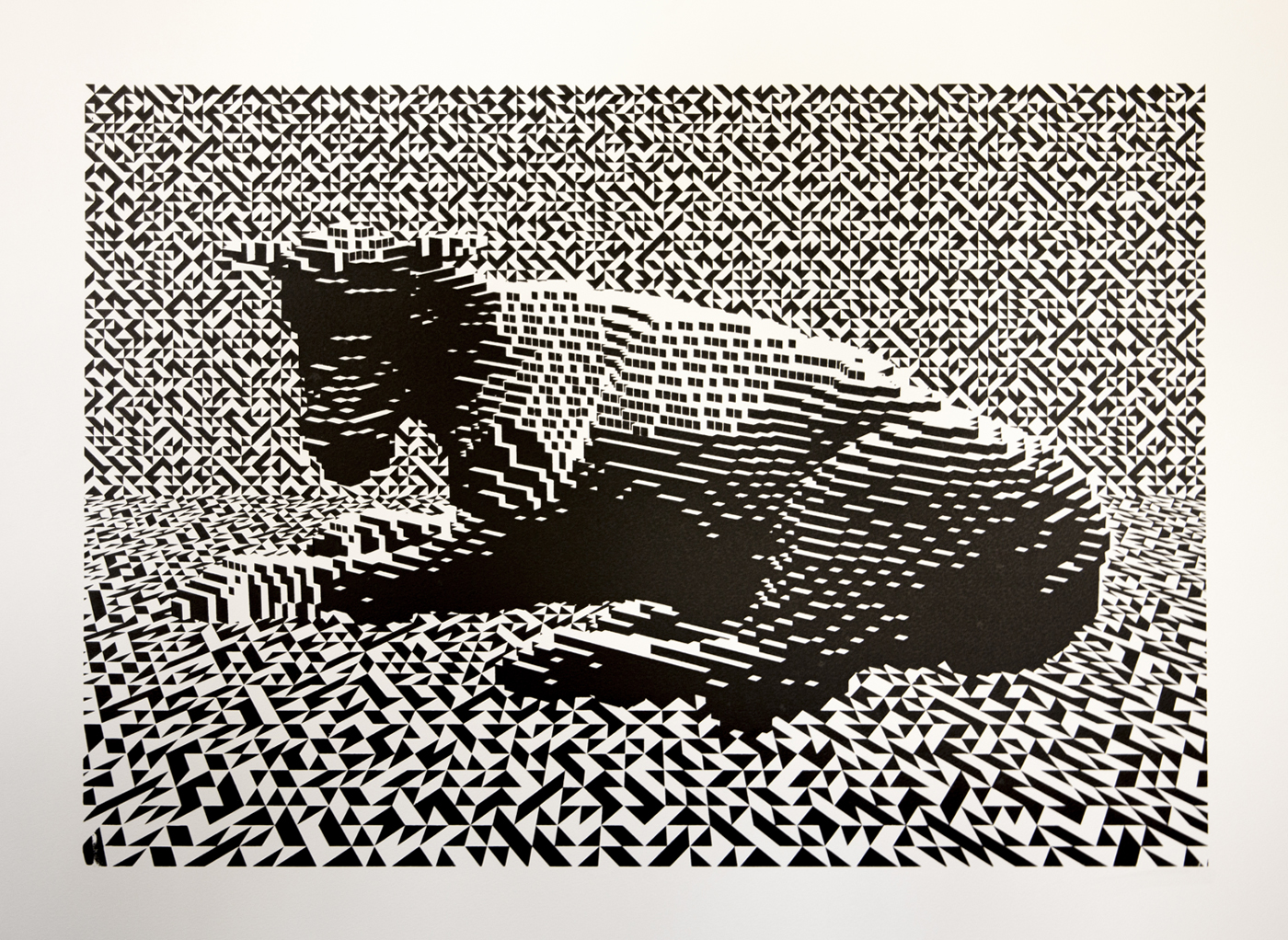