The cityscape is conquered with the advertisements of the main companies in Palestine… the colors of their brands dominate the city… as if they are the new national colors. Blue, Green, Red (RGB colors) are the hues used to produce the colored television… and also the Images that are widely distributed through the internet… yet, the intense colors of the artwork “the word Palestine” prevent it from being easily absorbed. The composition is inspired by Robert Indiana‘s work “Love”

The artwork is produced by using the colored plastic leftovers at the signage making workshops which make the signage and the advertisements for the main companies. 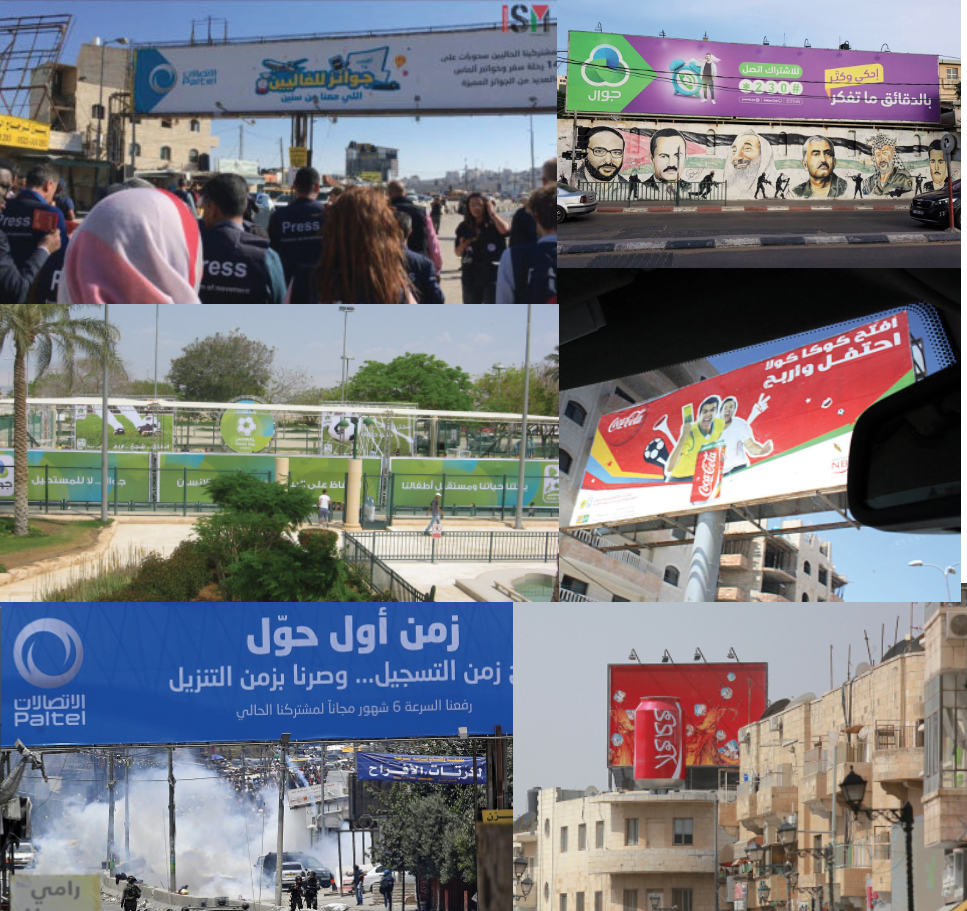 Thanks to Nader Khouri