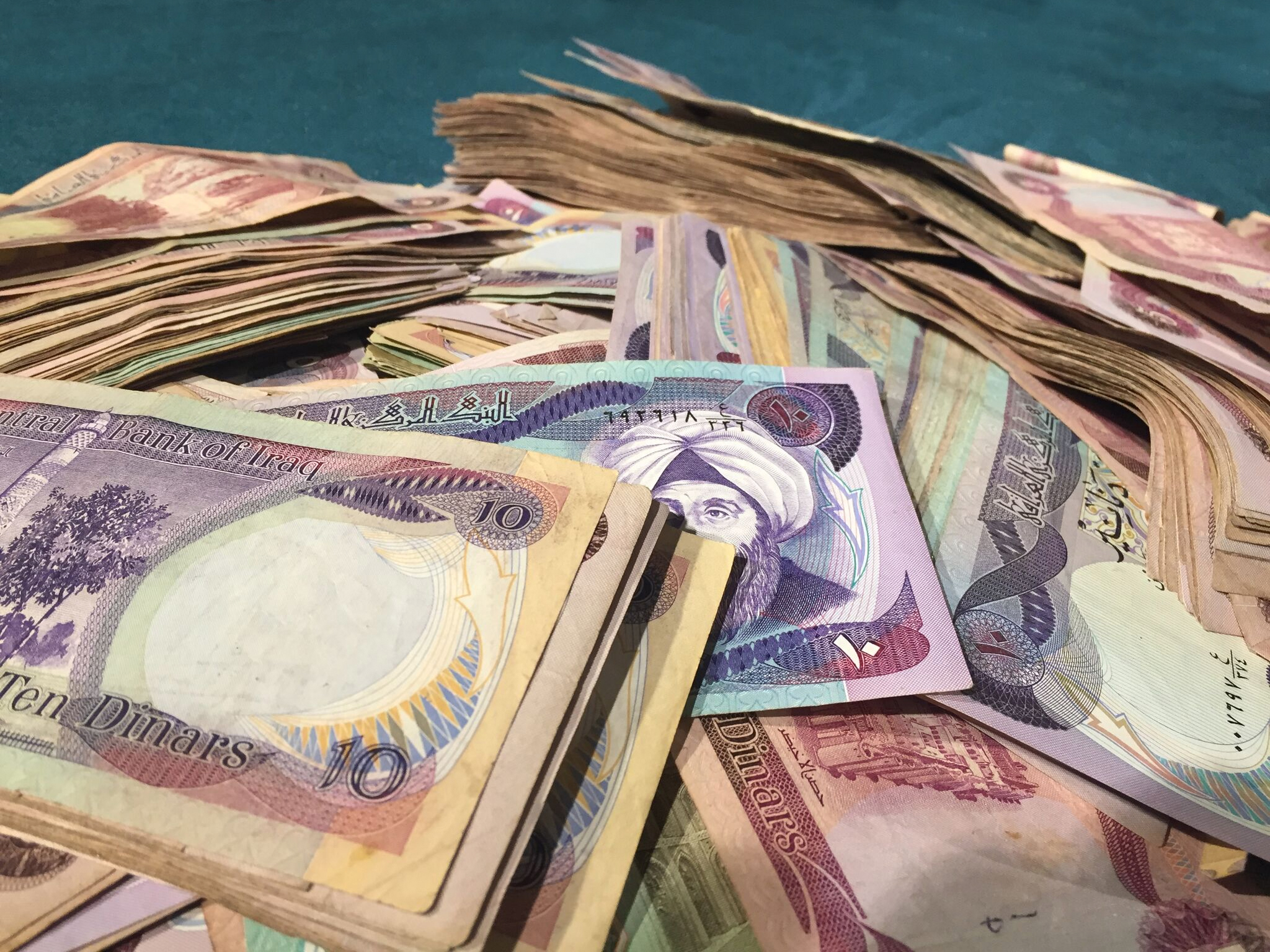 My friend, Mahmoud, gave to me a gift of half a million dollars in a black plastic bag!

These were “Omar’s lifetime savings”, one of his relatives who were residing in Iraq. He had left during the Gulf War of 1991, as many other Arab workers in Iraq did at the time, carrying with them their savings in the Iraqi currency back to their home countries. As the Iraqi state collapsed, with its social contract, so did the Iraqi Dinar depreciate in value. (From 1 IQD = 3 USD down to 1 USD = 4000 IQD). Within just a few days the half a million dollars scattered to the wind, shrinking down to a mere 50 USD.
The state and its currency were decimated, eroded, leaving behind black scars and black holes that swallowed the lives and dreams of entire nations… Black holes from which sprung ISIS and invaded us; to complete the cycle of violence that feeds off of greed, suffering, and despair.

Ps* Only art may one day restore a damaged, void currency to its former value and luster. 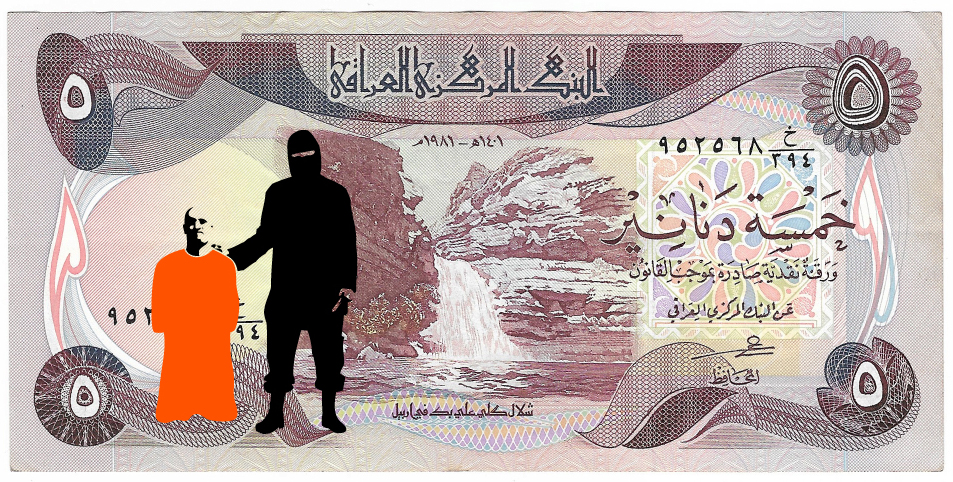 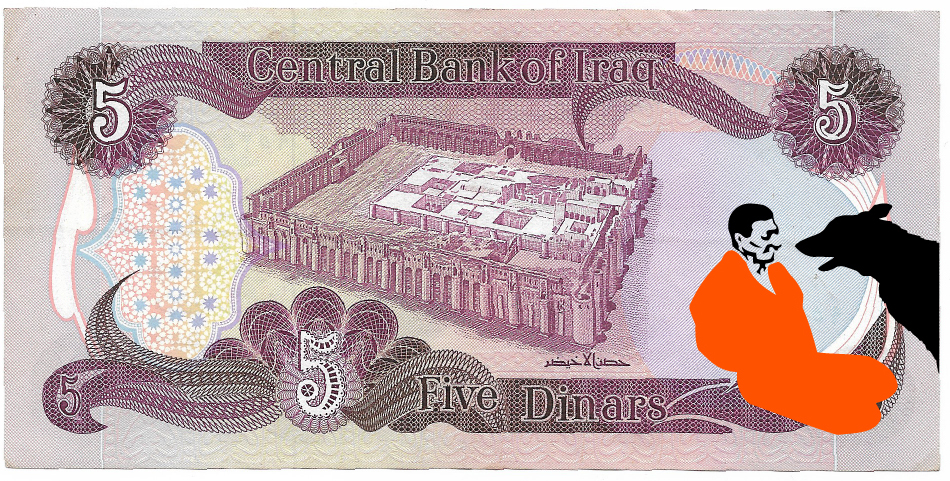 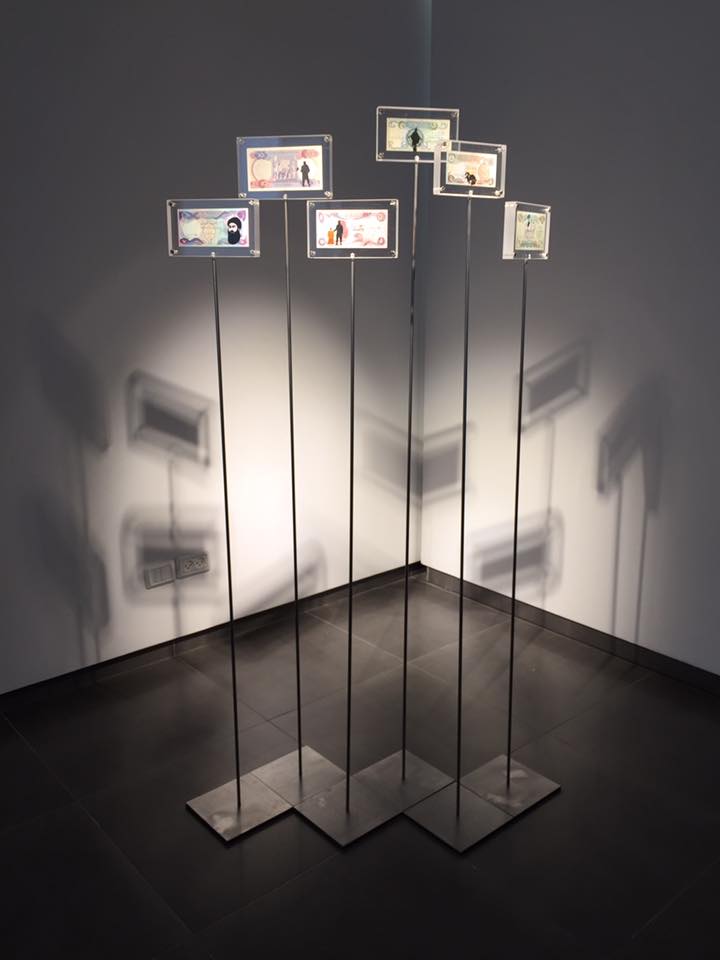 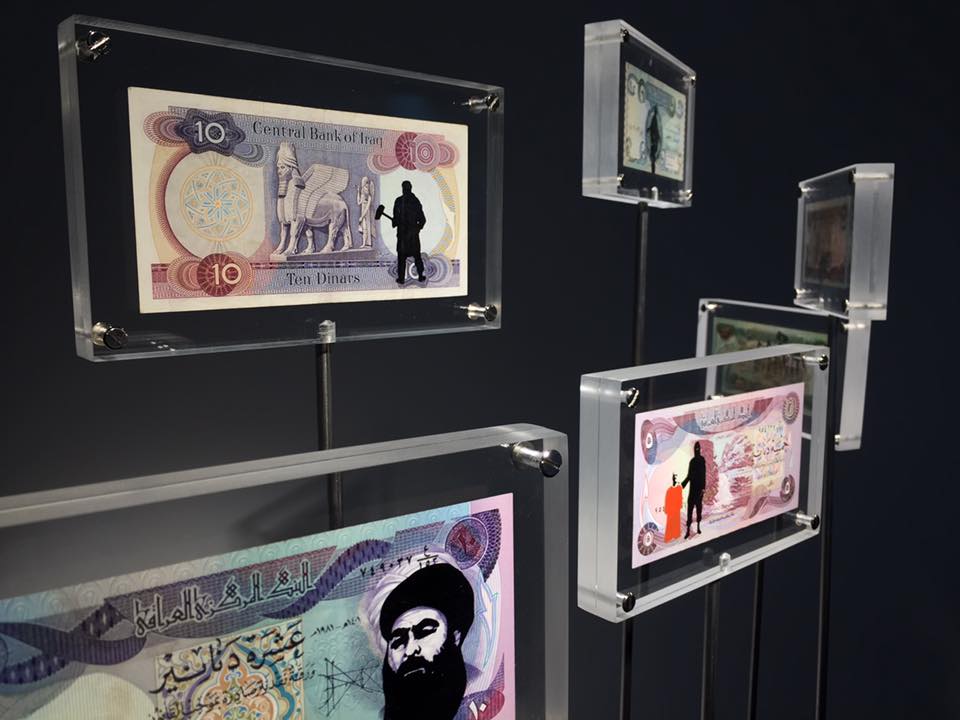 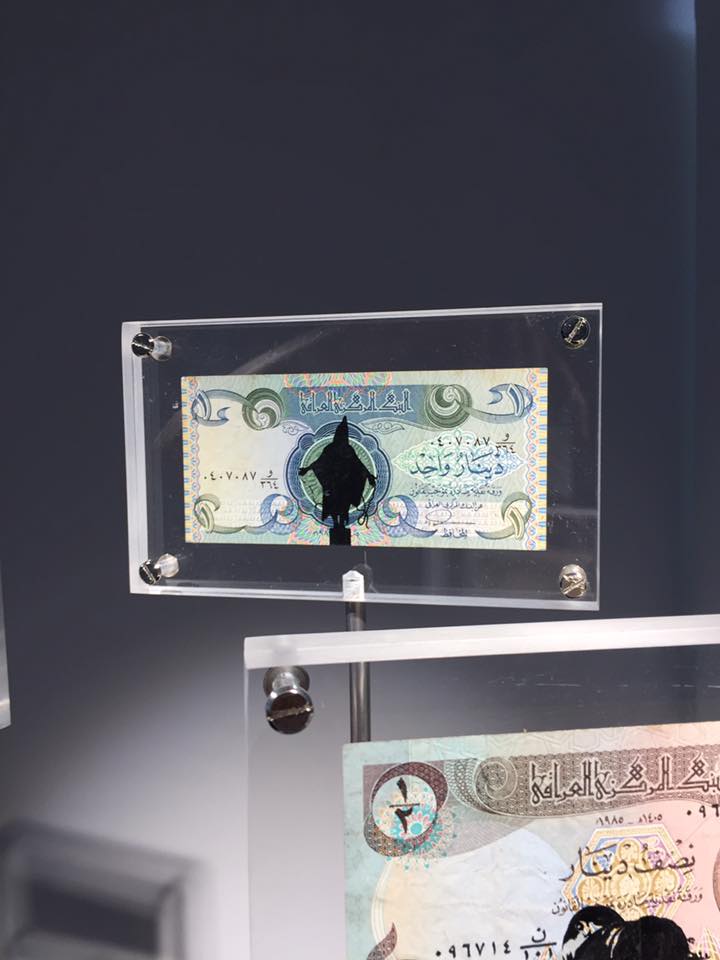 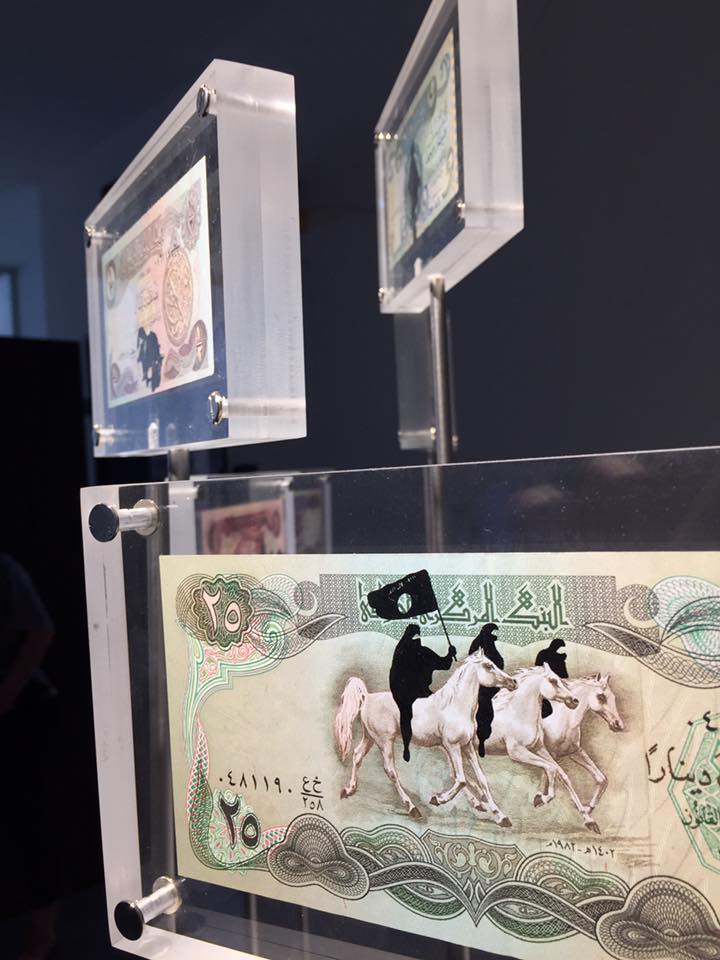 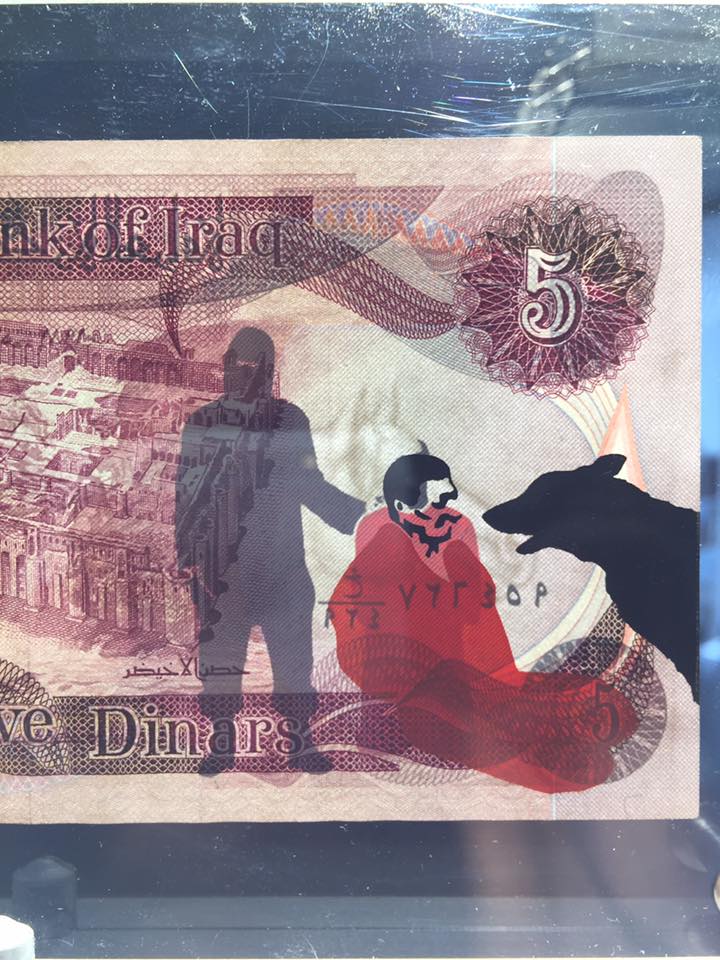 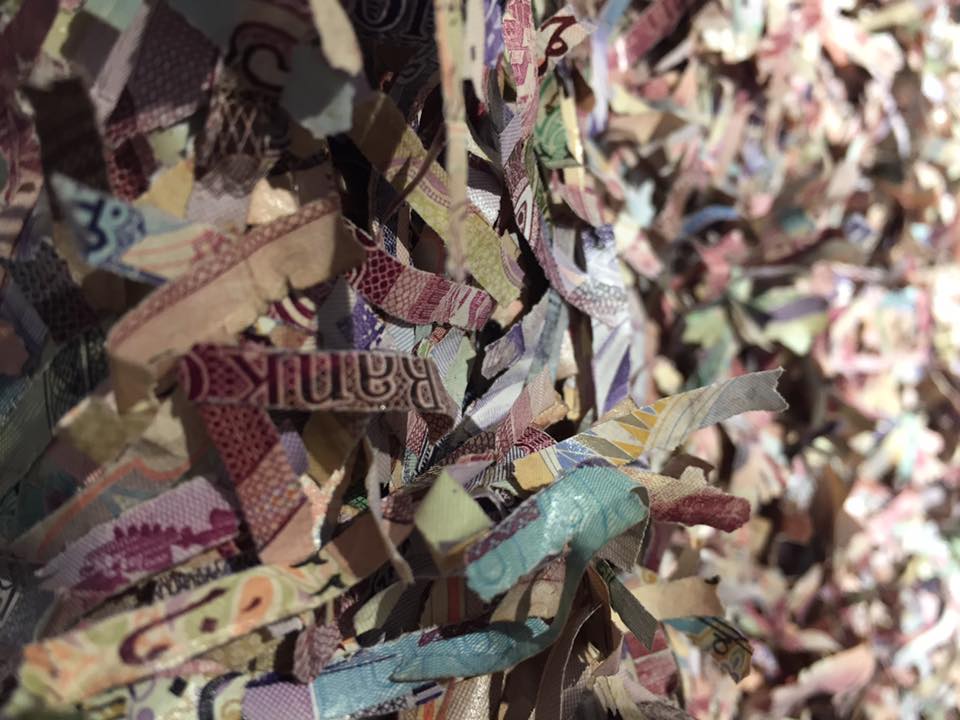