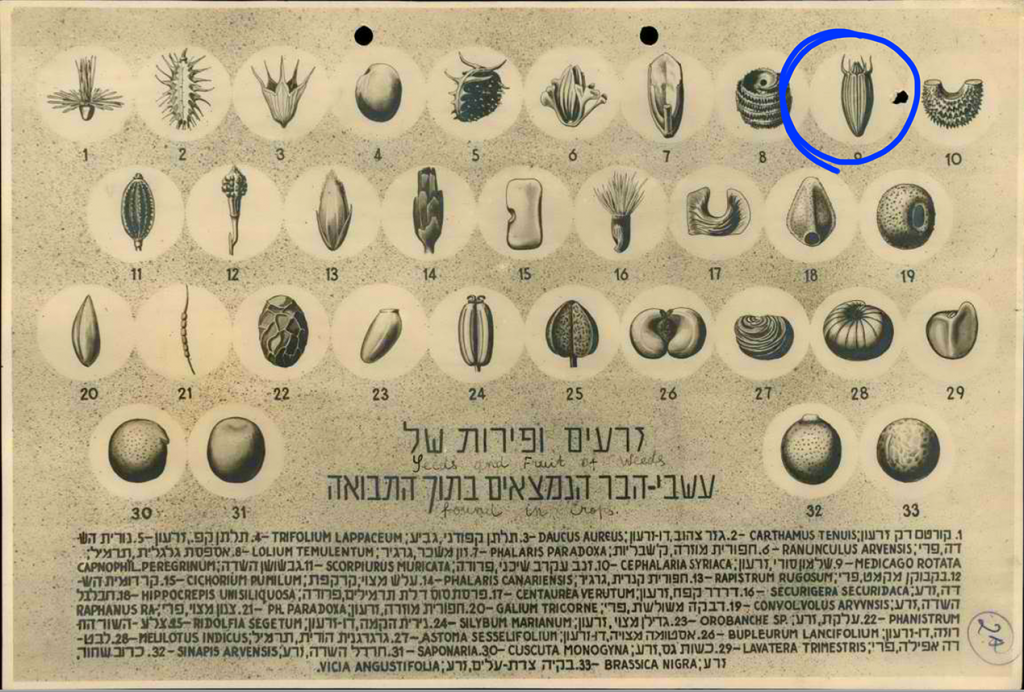 On 16 January 1940, a letter addressed to Mr. Masson, Chief Agricultural Officer at the Department of Agriculture and Fisheries in British Mandate Jerusalem, described a bizarre travelling exhibition in Palestine of weeds and seeds, accompanied by lectures on methods of weed control. Enclosed with the letter was a souvenir: photos of illustrations of the weeds, their scientific names and their seeds most common in Palestine. The letter and photos are part of a British Mandate document titled “Control of Weeds (Including Experiments),” containing more than 45 letters to the Department of Agriculture and Fisheries from all regions in Palestine on issues related to weeds and the harm they inflict. A large share of the correspondence features copies of scientific research carried out between Britain and Mandate Palestine, in particular by the Imperial Chemical Industries (Levant). The research articulated statistics and field experiments on Methoxone and other chemicals to curb crop weeds and control their growth and propagation.

“As Marilyn Monroe once said, I knew I belonged to the public and to the world, not because I was talented or even beautiful, but because I had never belonged to anything or anyone else… Imperfection is beauty, madness is genius and it’s better to be absolutely ridiculous than absolutely boring.”

A Cephalaria Syriaca seed told a Wheat grain once. 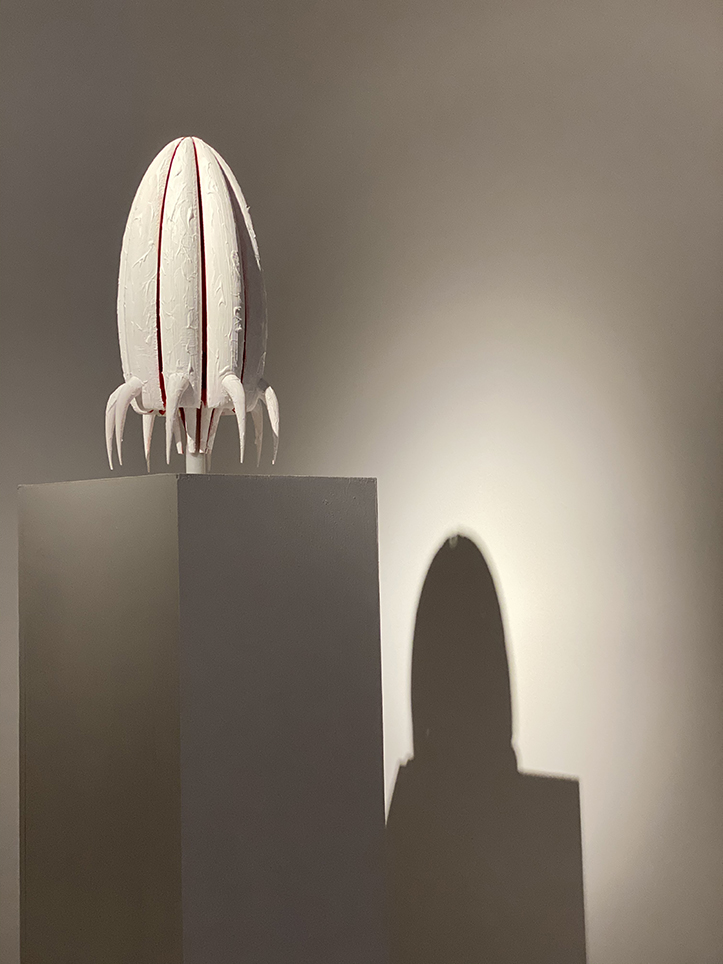 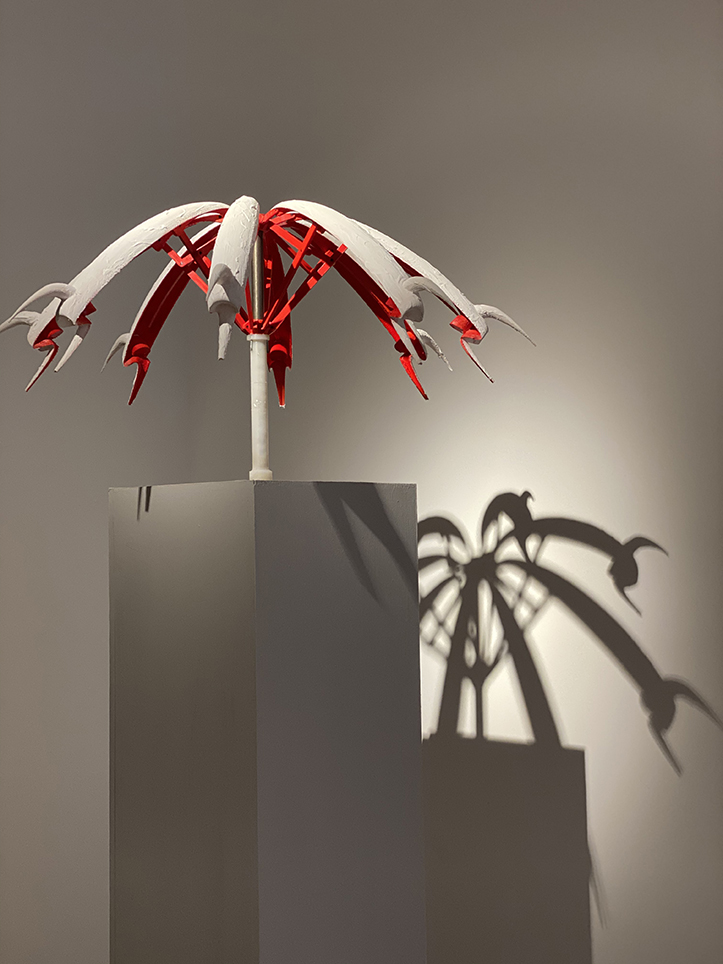 PS* The seven-year itch is a psychological term that suggests that happiness in a relationship declines after around year seven of a marriage. The phrase was first used to describe an inclination to become unfaithful after seven years of marriage in the play The Seven Year Itch by George Axelrod, and gained popularity following the 1955 film adaptation starring Marilyn Monroe.

Thanks to Omar Jarrar.